During the 1800s, tin mining on Phuket was so flourishing it brought in many migrants seeking job opportunities and wealth. With an increasing number of Chinese migrants now living in Thilang, it was agreed (1901), to provide a place to pray. Therefore the first (of eventually many) Chinese Shrine was then erected. 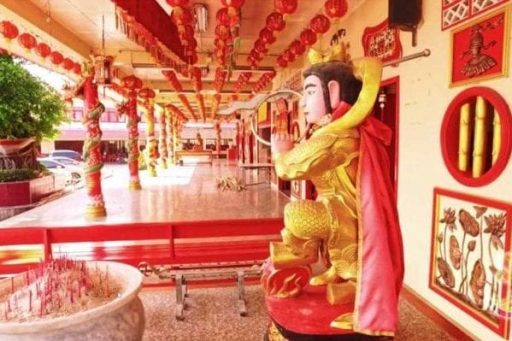 With over 18 shrines located all over the island, these beautiful temples are hard to miss. With their popular yellow and red colors, and images of animals such as dragons, lions, and monkeys strategically placed on and around the structure, these holy temples play a pivotal role in both Chinese and Thai culture.

The shrines draw in large crowds for Chinese holidays, most notably Chinese New Year. They honor the ancient traditions of the sacred holiday by setting off firecrackers and decorating with red banners and symbols. Many Chinese tourists and expats come to make their yearly prayers for wealth, happiness, and prosperity.

The Chinese Shrines in Phuket also play a key role in the yearly Vegetarian Festival on the island. The festival was introduced into Thai culture by a traveling Chinese Opera group and grew in popularity throughout the years.

The Vegetarian Festival starts on the eve of the ninth lunar moon and goes on for nine days. During this period, attendees dress all in white and feast on various vegetarian dishes while praying to the Nine Emperor Gods.

* Go to our Phuket Vegetarian Festival Blog for more detailed information on the festival rituals.

Tha Rua Shrine, Thepkrasattri Road in Thalang, Phuket As you make your way down from the airport, it…. 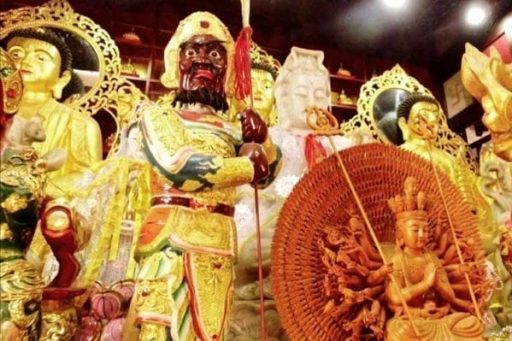 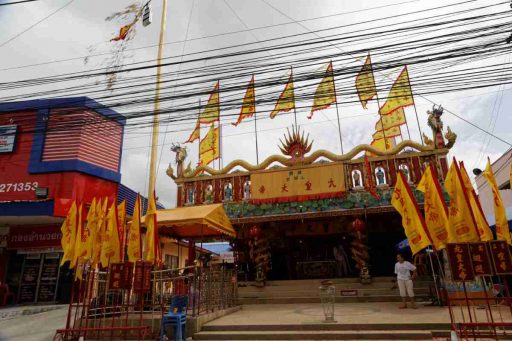 Sam Ong Hoo Shrine is one of the oldest Chinese shrines in Phuket and is located in Cherngtalay, Tha…. 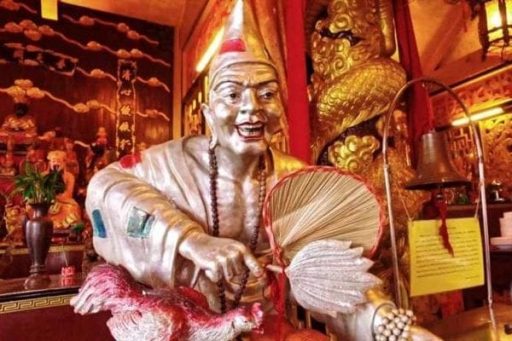 Kathu Shrine, Aam Kathu: The Kathu Shrine is located in Kathu Village, about two kilometers from the….