Wat Wichit Sangkaram or Wat Kuan is a Thai Buddhist temple in Phuket Town on the island of Phuket.

Wat Wichit Sangkaram or Wat Kuan, as the local call this temple, is a beautiful collection of buildings and also one of the biggest and most ornate temple in Phuket. Wat Wichit Sangkaram, situated close to Phuket City Hall, is not too far away from the Hai Leng Ong Statue, also known as the Golden Dragon, in Queen Sirikit Park. Passing the Golden Dragon on the Dibuk Road side, you can turn left at the crossing into Theprakrasattri road and follow it until you spot the sign Soi Narrison, then you can park your car within the temple ground itself.

Built on a little hill, the housing spreads over three levels: a big congregation hall was erected on the first level; the second level is home to buildings which are reserved for the monks to study; and you’ll find the image hall with a large Buddha Statue called “Luang Por Khao” on the top level.

Once you reach the third level you can’t miss the Nagas (golden-headed snakes) who are the guardians of the temple. The Nagas are the visual representation of the indigenous serpent cult of the south-east Asian region, the serpent in the Indian religion of ancient times. Nowadays the serpent cult only continues in the Thai folktales, while the worshiping aspect is more influenced by Theravada Buddhism.

Its impressive mixture of bright colors, integrated into its traditional architecture, makes it a very good example of how a temple can represent the belief, culture as well as the tradition, and, at the same time, keep its relevance in the society’s day to day life.

While finding your way back to the old part of Phuket Town, with its beautiful Sino-Portuguese architecture, and if it happens to be on a Sunday, we recommend that you do not to miss the chance to stroll down Phuket’s own walking street, the Thalang Road. 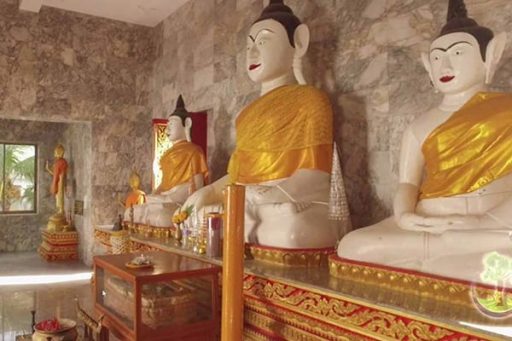 Its impressive mixture of bright colours applied to traditional architecture makes it a well-visited….. 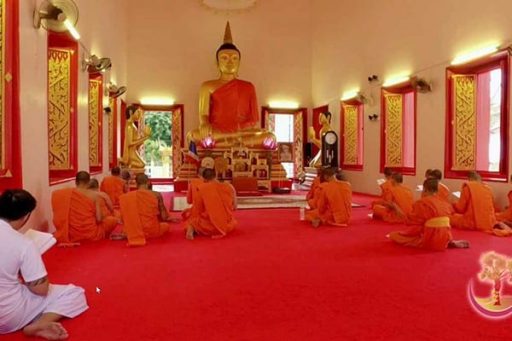 Inside the temple, dominated by the red and golden colours, houses a very beautiful and impressive g….. 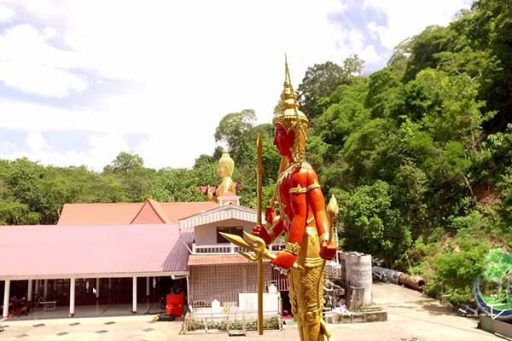 Wat Khao Rang, Phuket Town Most of the visitors over the years have been to Rang Hill viewpoint and…..