“Can we go to James Bond Island” is probably one of the most frequently made request voiced by friends, relatives and other visitors besides “can we go Patong Beach”, once you arrive for a holiday in Phuket. This might have to do with the fact that Roger Moore and Christopher Lee had a more or less dramatic altercation involving a golden gun on Koh Tapu (Nail Island), known now as James Bond Island, in the 1974 movie “The Man with the Golden Gun”.

This needle formed limestone rock is part of an explorable area 25 km north-east of the island of Phuket. This Phang Nga called sea terrain consists of numerous dramatic limestone cliffs rising out of the water from which the question “why they don’t tip over?” is triggered! Ko Tapu is a 20 meters tall limestone, expanding from 4 meters at sea level to 8 at the top, placed by mother nature just 40 meters to the north west part of Khao Phing Kan which in Thai means “hills leaning against each other”, thus pointing out the connection between the two islands.

In “The Man with the Golden Gun”, Christopher Lee character Scaramanga describes Ko Tapu as a “mushroom-shaped rock”, which houses two large solar panels that come up on top of Ko Tapu and lock onto the Sun: so much for the Hollywood fantasy!

1981 marks the beginning of the Ao Phang Nga National Park, with the rock formation called James Bond Island as the most prominent member of this newly established natural preservation park. That, along with a shift towards environmental awareness about the danger of the speeding erosion of the limestone rocks on and near the islet, lead to the decision in 1998 to forbid boats packed with tourist to approach Ko Tapu. 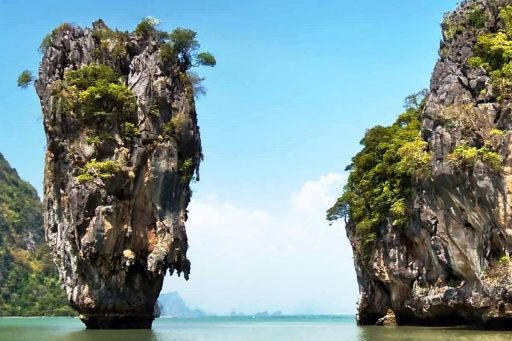 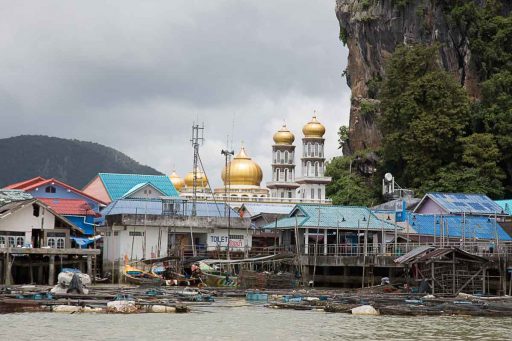 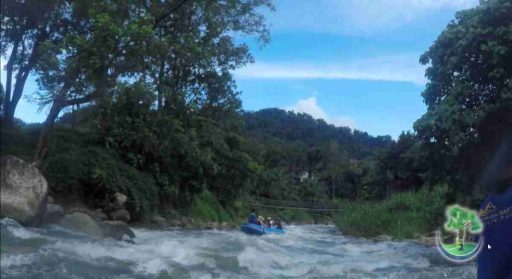