Coral Island (Ko He – pronounced ‘hey’) is a 3.5 kilometer-long island from end-to-end.
Ko He doesn’t translate precisely like its English namesake in Thai. It means Crowded Island, and it is definitely that during some months of the year!

The island sits just 6 kilometers off the southern tip of Phuket Island at Promthep Cape.
Its closest neighbor in the Andaman Sea is Ko Aeo Island, just 1.6 kilometers to the northeast.

Coral Island, also known as “Koh He” which means crowded, not coral, is a rather large island at 3.6 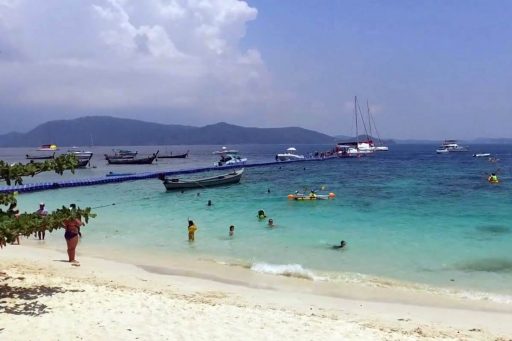