At some point, you just might get a little bit tired of paying 400 Thai Baht every time you get into a tuk-tuk in Phuket. The transportation 'organisation' in Phuket sets the prices for trips on the island, and they’re super-high. Every now and then, you’ll meet a tuk-tuk driver who really tries to rip you off by charging more than what they’re supposed to! It’s tough to be a tourist in the city, if you don’t know the average prices for rides. So you might have to do what a lot of us do: opt for a motorbike taxi ride!

Is it dangerous? Sure, it can be as driving in Thailand is one of the most dangerous things a human being can do. The number of deaths per 100,000 people is 36, which is higher than every other nation on earth. So, sure it’s dangerous. But is it more dangerous than riding on any other form of transportation in Phuket? Probably not that much. There aren’t many close calls, and you can be reasonably sure you’ll make it to your destination!

Though motorbike taxi drivers are very fast in Bangkok, they just don’t drive like that in Phuket. We’ve also experienced more than one motorbike taxi driver in Phuket on drugs, but generally it isn’t that common. That isn’t so of the tuk-tuk drivers. Not sure why there’s a difference, but there seems to be!

Taking a motorbike instead of a yellow cab, tuk-tuk or song-thaew can be faster and so much more convenient. It seems easier to find a motorbike taxi than a tuk-tuk in some places, but usually they are both found in abundance and it’s easy to flag one down with a wave of the arm.

Riding on a motorbike taxi in Phuket is significantly cheaper too. If you can stand the ride, not having much to carry, you can ask a motorbike taxi driver to drive you over the hill to Phuket town from Patong Beach. Some of them will do it, and others will insist you take a tuk-tuk. More expensive that way. More money made. It’s all about money in Phuket, make no mistake about that! 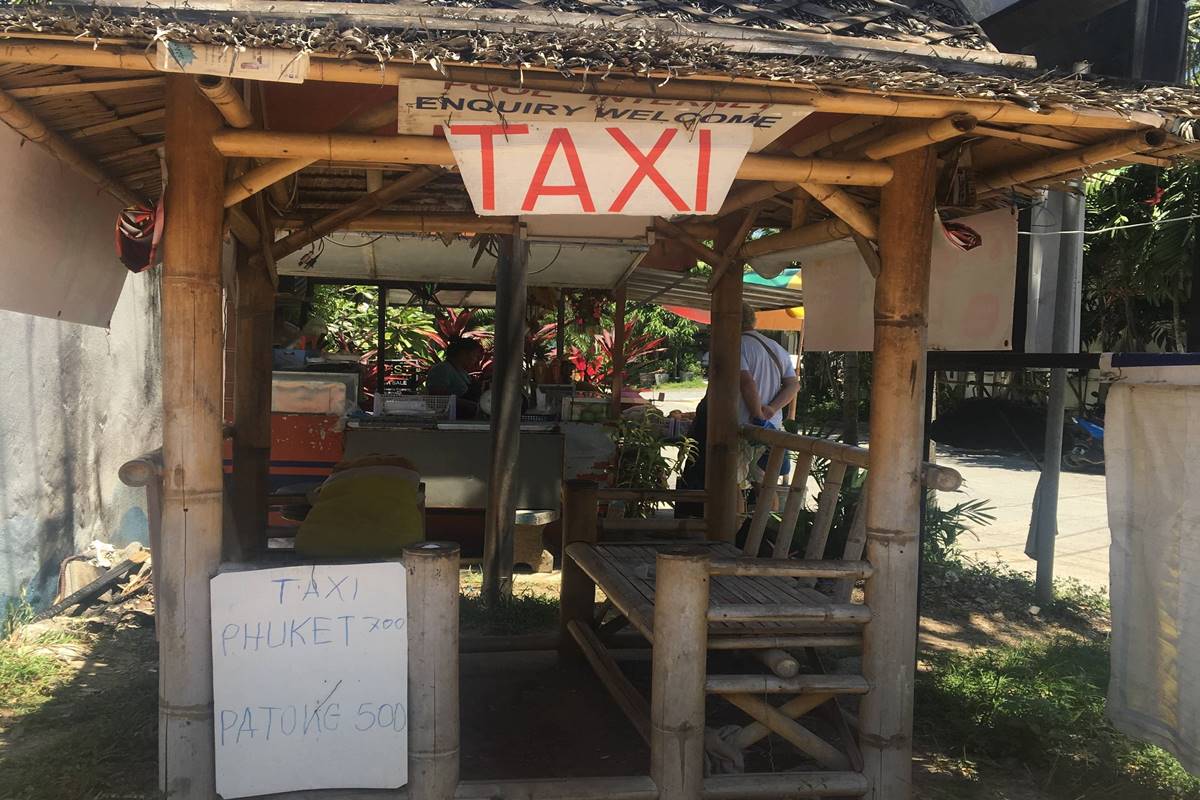 With many forms of transportation and taxi services to help you get around Phuket, there is one mode…. 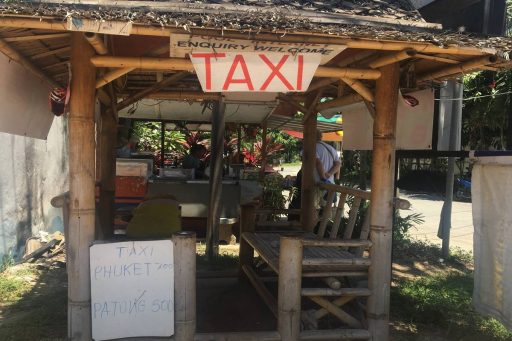